So he called you “Sweetheart,” and the word seems to have paid for a living space in your head so that you can’t stop thinking about it or him. “What does he mean?”… “Is this is a sign?”. It sounded cute, but a bit suspicious maybe…or maybe it’s just you…maybe…

It can feel very confusing when a guy calls you a pet name, especially when you weren’t expecting it. And the fact that guys generally talk lesser than ladies (which means their words are usually handpicked), and are generally less expressive of their emotions (which means it takes a lot of effort and thought to say mushy things like that), usually indicates that the word came from a deeper place. The issue is where?

When a guy calls a lady “Sweetheart”, it could be that he has been thinking a lot about her and is attracted to her, or it is a habit he had picked up from somewhere (probably his other female friends), or he’s simply saying it to make you feel better (if he noticed you were feeling a bit blue that day), or he might just be patronizing you or kidding. Who knows?

The possible reasons are endless. So, rather than trying to play “Shelock Holmes” in figuring out the meaning of the word, how about you apply your detective skills in understanding the context he said it. 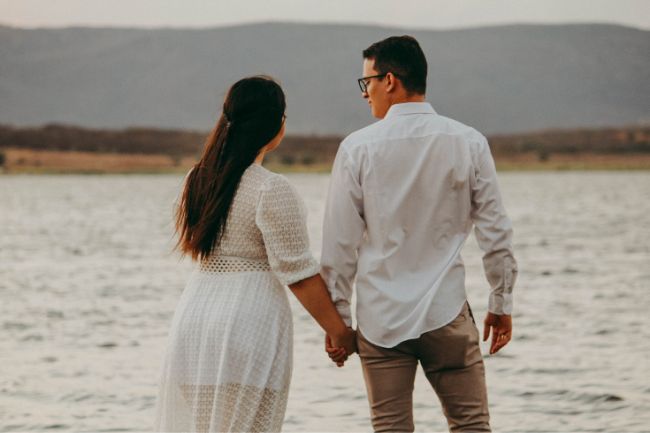 – If he had said it during your first contact, he probably says it to everyone he finds delightful. He’s perhaps complimenting you. And although that is cute, there is really no seriousness attached to that. A lot of guys call girls pretty, and cutie..maybe he was just trying to up the ante…

– If you were feeling sad when these words were said; he most likely empathized with you and only wanted you to feel better. He may or may not, have any romantic feelings towards you. Accept the kindness and move on. If it made you feel happier, it served its purpose, and that’s fine.

– A haughty or condescending remark should be easy to spot. It is usually accompanied by sarcasm, a smirk, or some other snobbish behavior.

– If he has been friends with you for a while, and you notice he has been particularly close to you – probably very, very close, like a bestie or something – chances are that he is not serious either. Maybe he just felt relaxed around you to throw the words around without feeling awkward.

– If he is someone who has obviously been taking shots at you – maybe you’ve even gone for a date or two – chances are that he is really, really into you, and can’t help it anymore (he just wants you in his arms). If you are not really into him, it might be a good time to let him know, to avoid breaking his heart.

Try to strike up a conversation about that. It would be uncomfortable, and he would probably be hurt a bit, but it would be less painful than letting it drag on for weeks or months before introducing him to a “brand new” boyfriend. Ouch!. On the other hand, if you do like him, it might be time to nudge him towards going for it. Try getting him alone – probably get him to go on a long walk, a romantic date, or simply reiterate the words to him and see how it goes.

Als0 read: How to Attract a Woman Who is Not Interested in You? (Tips)

In situations like this (amid dilemma), the question is often the answer:

If you are asking, “does it mean he cares”, he probably does. All you have to do then is inquire to what extent, or simply observe. If he cares, that care would not stop after the word “sweetheart” is uttered but would exponentially increase (or at least appear so). Having said the word, he would be expecting a reaction from you, and if he doesn’t notice any negative reaction, he would most likely proceed.

On the other hand, being called “sweetheart” would make you aware of his intent, hence you would begin to pay closer attention to his subliminal cues (aka. Body language).

But if you’re asking, “is he just trying to make me feel better”, or worse, “is he being condescending”, chances are that you are right as well.

Fun Fact: Waitresses in several southern restaurants will call all male customers sweetie regardless of the waitress’s age or the customer’s age. That must be a head-scratcher for foreign men.

Anyway, in all, remain calm. Don’t conclude based on a single word. Allow time to do its magic. And, if you feel uncomfortable with being called “sweetheart”, you can simply ask him to stop (at least, until you’re sure where you stand).

Why Do I Attract Younger Men? [11 Reasons Why This Is Happening]
Next Post: How to make a Scorpio Jealous? [Explained]