Society evolves and has greatly evolved; however, opinions and mindsets hardly change. Things that were once considered taboo may no longer be considered taboo, but would still have some stigma attached (think, being LGBTQ). This is also true for relationships.

Society, though not explicitly, has a sort of model and expectation from relationships: They expect the man to be taller and larger than the woman (but not by too much). They expect the man to be more financially stable. And of course, they also expect the man to be older than the woman. But none of those expectations should be your reality.
…understand that the world has really changed, and with that change comes a lot of freedom. We now have the freedom to date whoever we want (regardless of race, class, or gender). Women now have the privilege/right to pursue their dreams and be who they want, independent of any man. And, so also have men found the freedom to date older women.

So, if you’re wondering why you attract younger men; chances are that you exhibit a lot of qualities that these men find attractive, and with nothing stopping them, why won’t they hit on you?

11 Reasons Younger Men Are Attracted To You 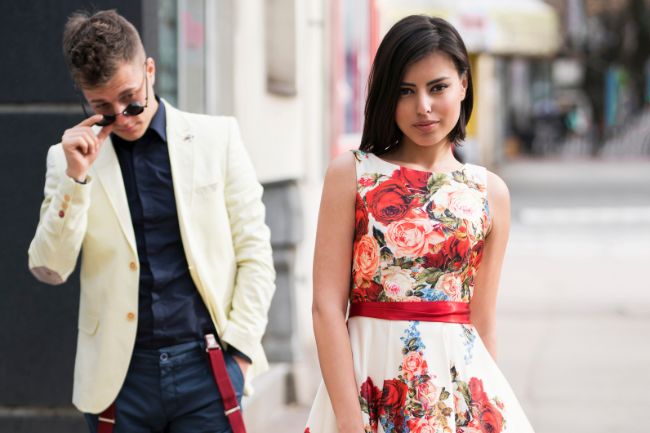 To make this more interesting, I’d start with the most frivolous and then move down to the more serious, and impactful reasons why younger men are attracted to you.

Hint: When it comes to thinking about issues like this, it is usually helpful to immerse yourself into the world of the other fully. For example, you could think to yourself, “why was I ever attracted to an older man?”. Answering this question honestly, and thoroughly is already a window into seeing what is running through the minds of these younger men who can’t seem to let go of your scent.

Also read: 15 Red Flag Signs That You Are In A Toxic Relationship

Below are some of the reasons:

This may sound ridiculous at first, but think about it. If you love cooking, you may find many men picking interest (especially if they taste your food). Older women usually perfect the art of making amazing dishes over the years. And, it is no secret that the door to a man’s heart is through his stomach.

Biologically, we are wired to go for partners who we feel can take good care of our offspring. Older women usually display these qualities by their fuller bodies, attention to detail, confidence, calm, and overall motherly look.

Most young men would feel proud of themselves if they ever get to date a woman who seems a bit out of their league. Yes, it is a natural tendency to feel covetous, especially over things that we know we cant get or are hard to reach. Think how much we are attracted to luxury – expensive cars, phones, jewelry, and perfumes – even though the practical benefits of getting the more-out-of-reach items are usually very slim (or non-existent)

Most men want to be pampered and spoiled. Work and life, in general, are enough drudgery, so when they get home, they secretly crave that motherly care and attention, which most times are absent in younger women (who usually demand care and attention instead). Hence, younger men find solace in having someone who can bring them this solace.

Older women are usually more financially stable, and may even be willing to spend on the one they care about. So, rather than worrying about paying for the dress, dinner, and Uber, the younger man can simply concentrate on channeling and lavishing all his energy, care, and attention on the older lady. This is not in the sense of being a leach but in the sense of being relieved.

No one likes a drama queen. It may be hot at first, but it quickly starts draining the life out of anyone within a mile radius. Older women know how to process their emotions better and express their feelings. Rather than outbursts, older women can opt for meditation and long talks to ensure everything is resolved.

Older women have seen more of life. They would not only serve to support (something younger women can also do) but also provide insight and caution where necessary since they have come across similar huddles (or know someone who has). This would also mean the older woman can match him in intellect and connection and force him to level up. Conversations would be richer and more enjoyable, whilst dreams and visions would be encouraged and cheered on (with some elderly wisdom).

Older women are most likely done with the games and shenanigans. They mostly want something real and would avoid lying (because they now know better that there is nothing to gain in that). They would also be more transparent (open and direct) about what they want or don’t want. This also saves the man a lot of brain cells as he doesn’t have to stand and wonder.

Most older women aren’t waiting around for prince charming to come and sweep them off their feet (not anymore). They are most likely ready to do the work. This means, in a relationship, they are also ready to take care of what needs taking care of. They can plan the dates, trips, and so on…without getting the guy too involved in the drudgery (most men find such activities draining). The younger man would also love the energy and the fact that an older woman can take care of herself.

Older women already know what’s important, necessary, or negotiable. They understand that the guy is still young and needs to put in the hours and resources into actualizing his dreams, and she respects that. She won’t mount undue pressure on him to text thrice daily, but would rather respect and cherish the time they spend together.

Many men dread raising kids. But with older women, there is a chance that she already has kids, or may simply be more skilled, equipped, and experienced in taking care of children, hence requiring less involvement of the guy. It sounds weird, but it’s true. Most men never get to marry early because they dread having to start making and taking care of babies (especially when their career is still taking off)

Younger men dating older women is a fascinating relationship dynamics, with very few drawbacks, especially when both parties are in love, respect, and understand each other. So, if you find them lurking around, maybe it isn’t such a bad sign after all.

How To Attract Women On Facebook [Using The AIDA Formula]
Next Post: What Does It Mean When He Calls You Sweetheart [Examples]