How to ask your boyfriend for money politely 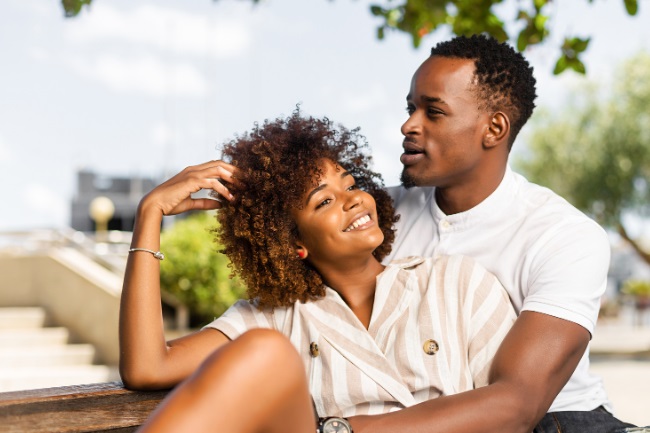 So if I understand you correctly, you are looking for the best way to ask your boyfriend for money politely; i.e., without sounding demanding, right? I know what you are trying to do right there.

If this is the case, why do many guys ‘act’ like they hate spending on girls? Or rather, why do they become pissed when a girl raises the issue of money?

The reason is simple; there is a thin line between asking for money and becoming a demanding girlfriend. Once you pass that line to the other side of constant demands, it becomes a considerable issue making your boyfriend give you money.

If that is your situation, I will show you in this post the ways to ask your boyfriend for money that will make him give you. Unlike the other article where I explained how to make a guy spend on you carelessly without thinking twice, this one would take a different turn.

When you make a guy spend on you, it doesn’t mean he loves you; but when he gives you money, know he has something special for you.

So to answer how to ask your boyfriend for money politely and get the money, here are the steps.

This is one trick you must learn if you want to always get money from your boyfriend. Guys hate demanding girlfriends, so you must allow them to figure out that you need money themselves.

Even though there are psychological ways to make someone give you money, you shouldn’t always ask for cash verbally.

After this step, you will see the best non-verbal ways to ask your boyfriend for money politely. Every time you demand cash, you deposit from withdrawing from his emotional bank. At some point, you’d run out of deposits – which means ‘Game Over’

For this act of not demanding, I will show you other ways to sustain yourself when your boyfriend isn’t giving you money. Just remember to thank me later with lots of kisses.

Drop Money Wishes to His Hearing

Dropping money wishes is another psychological trick. Money wishes mean saying things you would love to do assuming you had money.

Take for example when both of you are together, you could say something like;

“I wish I had money just to change my hair and look good for you.”

Then you pause and wait for a reaction. If he ends up not reacting, that doesn’t mean he didn’t hear the statement; you have sown a seed that would end up germinating. Just at the right time, you will reap the reward of that statement you made.

Furthermore, you could advance a step further by dropping pictures of beautiful hair made by other girls with an inscription;

“Which of these do you think would fit me?”

If he still doesn’t respond, then you switch over your tactics. All these are specific ways to ask your boyfriend for money politely. A polite way of asking for money is definitely from a non-threatening position. And that is what these methods will highlight for you.

At this point, everything that is happening to you should be as a result of not having money. If your boyfriend says;

“Hey, why haven’t you called me since?”

Your response should be;

“I am kinda depressed because I am broke and don’t even have money to do my hair.”

The idea of a hairdo you’ve sown in him before would germinate at this point. He will recall you once complained about making your hair; then he will bring out the money for you.

These type of excuses are non-verbal ways to your boyfriend for money politely without being demanding. He would want to make you happy.

You must be conscious of the sequence – once there is a misstep, it comes off as manipulation. Once your boyfriend discovers he is being manipulated, that is a game over for you. I suggest you be mindful of your sequence; know where you are and where you are headed.

A combination of all these transforms a rich dude into a money bag for you to exploit. But you have to be careful not to get spoilt.

Use the “Give me a Loan Format”

Begging him to loan you money is another way to kill two birds with a stone. It allows you to demand money without being seen as a gold digger.

Your aim isn’t to get the loan – rather, a manipulative way to get a lower amount without payback. So let’s assume I need 200 dollars; to get this amount, I might decide to request a loan of 600 dollars or even a thousand dollars.

Under normal circumstances, he wouldn’t want to risk giving you such a massive amount as a loan (in case of a break-up). So in most cases, your boyfriend would decide to provide you with a lesser amount without an option to pay back. Amazing – isn’t it?

So if you are looking for how to ask your boyfriend for money politely, then this trick should also work.

Using asking for money text messages are cunny ways to ask your boyfriend for money politely and make him give you. It involves composing a well detailed emotional text message that would break his defenses.

This method works because even if he doesn’t have the exact amount you requested for, he will find ways to give you still any amount he can easily afford.

I suggest that you should limit this tactic to only desperate situations and not for everyday money requests. This is a well-detailed post on how to ask for money using text messages; so you can explore the ways to compose yours for a favorable answer.

Give and Take Method

Have something to exchange at that moment and then request money ASAP. So let’s assume you just collected money a week from your boyfriend and squandered it faster than anticipated. This is another trick you can use to ask your boyfriend for money without sounding demanding.

You need to find something he wants, help him accomplish it, then make that request while it’s still hot and him in a thankful mood.

Your request should come spontaneously and fresh – meaning you’ve not mentioned it before to him. Gifts work like charm too like the one below.

F*ck whatever the outcome would be, ask him for help – after all, he is your boyfriend and should help you. When looking to ask your boyfriend for money directly, make sure you consider the following factors;

Factors to Consider before Asking for Money Politely

These are the simple factors that could affect your chances of getting money from your boyfriend even if you ask him politely.

You have to make sure he is in the best of moods. This is where the ‘Give and Take’ method comes into play. If you don’t want to go for an exchange, then you wait till he is entirely happy, before you ask.

“Research has shown that when a man is delighted, even insults are like polite greetings to him”

Moods and environment work pretty closely together. You should never call your boyfriend when he is at work to demand money.  It is always a place where people hate discussing money issues.

An excellent environment should be in the bedroom or when bathing together or when spending some time at the beach together.

Environments like the ones I listed makes it conducive to entertain money requests; in most cases, they end up always giving you the amount you request.

It would be unjust to ask your boyfriend for money immediately he complains about being broke or not having enough money. None of these tricks will apply if you are so insensitive to do such.

Monitor the period and know when to ask. Most times I recommend that you ask your boyfriend for money a few days before his paycheck day. He could factor in your request into his budget for the next month and give you the money once he gets paid.

If you want to ask your boyfriend for money politely, then make sure your tonality is in check. You can mean something, but the way you present it could make it seem like something else.

“Could you help me with 100 dollars tomorrow? I sincerely need it to fix my electric heater.”

Which one sounds better?

Technically, there is nothing wrong with, E.g., 1; except the fact you didn’t give your boyfriend money to keep for you. The statement would warrant more questions that would end up being rejected.

Example 2 is more precise, comes with a plea and a clear description of what you intend to use the money to achieve.

All these are factors you ought to consider when trying to ask your boyfriend for money politely. It increases your chances of getting the money.

Asking your boyfriend for money isn’t bad; rather, how you present it and make him feel while you ask for the money. If he still doesn’t like giving you money, there are good ways to break up with him peacefully and move on to other reasonable guys.

Remember; if you want to keep collecting without getting blacked out, learn to apply all my tricks stated in this post.

Have you ever used any trick to collect money from your boyfriend? Please share using the comment section.

How to Break up a Couple from a Distance? (Unique Way)
Next Post: How to Handle a Man who is Playing Mind Games with You? (Fight Back)